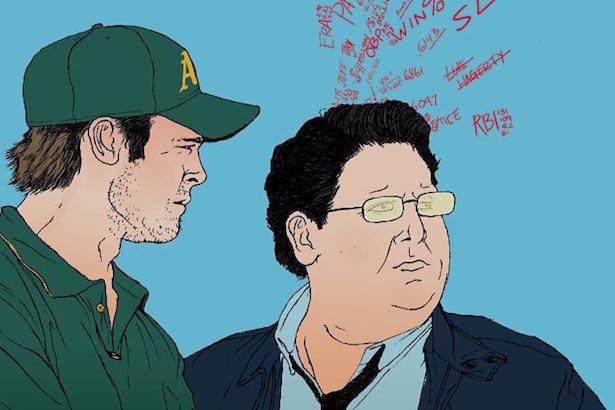 In finance, we are often told that past performance is no indicator of future performance, but does this hold true in football? Crunching the historical numbers might just give us a confident indicator as to how we will perform this year . . .

So, as I write this at midday on the first new Saturday of the season, we proudly sit atop of the League One table, due to it being categorised alphabetically before the first ball is kicked. We achieved what we needed to achieve last year – survival – but where to now?

I usually do an analysis of some sort at the beginning and end of a season to try and garner an idea of how well we may do, and where we may end up. It’s almost become a pre-season superstition or ritual for me now: an omen of relative success, whatever the measure.

Coming into our second season in this league, there has been a lot of trepidation about how we will fare. Whilst an occasional exceptional season can and does occur, generally, in the longer term, the law of averages imparts on a team’s performance, season in and season out.

In our case we have, certainly since the Conference, been bang average. The rapid climb in our earlier years has now been offset by a slightly more negative performance, in that we have lost more than we have won – although we have also drawn quite a lot.

Indeed, apart from the amazing run that resulted in the play-off final win, we’ve won a few and lost a few – which was exactly what we were doing until the MK win last year, when our season then totally tailed off.

In averaging terms, that was possibly expected (balancing out that great run last year) or, being positive for this coming season, it could be a ‘credit’ for us, a sort of ‘in the bank’ extra that might compensate for a poor run of form: balance in the universe and all that.

Anyway, to this year’s analysis, which follows the path of previous years (and last year’s table – included in the total so you can use it to update as the season progresses if you wish!).

I’ve averaged the history of results, home and away, against each team in this division, and come up with a predicted result and score. Where we have never played a team before, I have assumed each home team will win 1-0.

I have taken into account last season’s results as well, but in long term scenarios, such as our matches against Oxford, last year’s success, though welcome, has had minimal impact, as our form against them has been so poor in the past – and we still have a bogey team to beat, in Northampton Town.

Last year we were predicted to achieve 61 points in the season: winning 49 at home and 12 away. In the end, with that awful end of season performance, we fell just short of that total, with 57 points (32 at home and 25 away). Just turning a couple of draws into wins would have seen us achieve this and have been elevated to 12th place in the division.

The facts and averaging do not lie, but it always seemed at the outset that the away form would be better than just the equivalent of four away wins all season, and so it proved to be: the percentage split of 56 to 44 is probably closer to what most people would guess it would be. Mine would be 60:40, if pushed for a breakdown.

So to this season then, and the first positive: the stats suggest we should gain more points than last. We’re now up to 64, which last season would have equated to an 11th place finish. With Sheffield United having garnered an exceptional 100 points last year, and therefore being the stand out team, the general consensus this season is that the division will be a lot tighter, so such a total may move you further up or down the table as it finally pans out.

Again, our form is heavily biased towards a great season at home and, as a season ticket holder, I hold out hope for that, but our away form this coming year looks more realistic compared to last season’s actual form. We’ll have to wait to see what the impact is of a change in playing style with the current personnel, and the effect of the new ‘Chelsea-style’ pitch at KM . . .

So if the stats are to be believed, we are again on for a bang average season within League 1. But then, the stats themselves are based upon the average, and it’s the exceptions the prove the rule of change.

The unknowns are those that have come up and those that have come down, and therefore a couple of teams we have never played before in this current form of a Wimbledon football club. Some like Portsmouth we have reasonably good records against overall, but will their promotion momentum make them an unstoppable force this year? And will the likes of Rotherham be able to halt the slide down the divisions? We wait to see.

As before, when this analysis has appeared in the WUP fanzine, the podcast team are going to let me update and evaluate this analysis as the season progresses.

So, almost exactly one month into the season, how are we doing? Well, in the real world: better than this time last year. Just. At this time on this date last season, we had played six games and had four points: this season, we have four points from five games: a slight improvement!

But against the teams we have played this year, we have only ‘achieved’ our forecast result against Doncaster (though with a better score of 2-0). We were down to win at Scunthorpe (which by all accounts we should have) and probably drawn at Fleetwood, where I think they beat us for the first time. Likewise, Shrewsbury’s first win at Kingsmeadow upset the apple cart, whilst Blackpool, as a new team, was predicted to be the standard 1-0 loss we ‘achieved’.

So from a potential 15 points, we expected 10, but achieved only four. Not the most auspicious of starts then.

So on a process that looks at averages over the long term, it is naturally a bit dangerous to hypothesise too much going forward. However, having more on the board than this time last year certainly should support the players with a touch of confidence, something that seems so crucial to how we perform.

We’ll have a fair few tough games to play until the next podcast update, so like me, maybe keep updating your table to see how things are going.