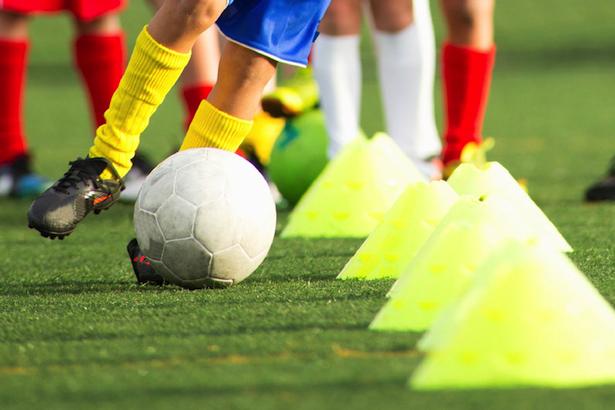 At the start of every season, the FA introduces new rules – and this season was no different. However this year, a change to loan market regulations could have massive implications for many lower league clubs.

In previous seasons, a club facing an injury crisis – or looking to add some fresh faces for a late promotion push – simply had to ring up one of their manager’s many contacts from the Championship or, if they were lucky, the Premier League, and borrow an under-21 player who would otherwise be developing their skills in glorified friendlies on the training ground every week.

Similarly, a club in Leagues One or Two would benefit from loaning out youngsters to non-league teams, in order for them to gain some first-team match experience of which there is no real substitute for. David Fitzpatrick and Toyosi Olusanya, at Torquay and Kingstonian respectively, are examples of how we have looked to use that system ourselves this campaign.

However, that option is no more and in fact, Fitzpatrick’s loan had to be cut short because of the new laws. Now, clubs in the lower leagues have to do all their business inside the dedicated August and January transfer windows.

This is actually great news for us, and has strengthened our position in the league, as we can reap the rewards of our long-term strategy that prioritised funding the Academy at the expense of an increased first-team wage budget. Players such as Fitzpatrick, instead of being farmed out or forgotten about on the sidelines, can now fight for a place in our matchday squad.

The benefits of having young, homegrown, and hungry players, ready to push for a first-team place, can not be underestimated – and neither can the importance of Academy funding.

For example, Jack Midson’s winner against Fleetwood Town, back in April 2013, is remembered as possibly one of the most important AFC Wimbledon goals since our rebirth in 2002. But not only did the goal save us from a return to the National League, which year-on-year is the hardest division from which to gain promotion, but it meant we saved our Central Funding from the Premier League, which provides £340,000 towards our Academy – just over half of our budgeted running costs.

The rewards of maintaining that funding have already been felt: Ryan Sweeney’s appearances in the first-team, and subsequent sale to Stoke; and now fresh-faced youngsters, such as Alfie Egan, are finding themselves named in Football League squad lists.

This year, for the second consecutive season, the Under 18s reached the last 16 of the FA Youth Cup, losing out narrowly to Preston North End: 3-2 in extra time. Last season, over 3,000 fans packed out Kingsmeadow to see us lose 4-1 to Chelsea, but the majority of that crowd, like myself, would have been bursting with pride that we had players, that we had produced, competing with a team featuring Swedish and Italian youth internationals.

Of course, we don’t just stumble on this talent, and anyone who visits our training ground on a Saturday or Sunday morning can see our Academy out in force. In the boys squads alone, we now have 164 players, ranging from the Under 7s to the Under 18s. We also now employ 61 staff – nine of which are full-time – that perform roles that range from coaching, operations, scouting, and, most importantly when working with youngsters, education.

I was fortunate this season to interview both Jeremy Sauer, Academy Manager, and Mark Robinson, Academy Head of Coaching. It was a great to be in the presence of people who are responsible for producing our future stars. The passion and determination they showed left me feeling that no matter how bad the odd first-team result can be on a Saturday afternoon, the future we have is bright – and beautiful. Over the past two years, we have seen 12 players sign professional contracts, with the most recent – Anthony Hartigan – potentially the best of the lot.

Reaching Wembley last season, and gaining promotion to League One, was magical. We scored some great goals to help us get there – Jake Reeves’s 25-yarder against York; Tom Elliott’s shot into the top corner at Notts County – but my favourite was Tom Beere’s against Accrington Stanley, in the first leg of the play-off semi-final.

In such an important game and tense atmosphere, Neal Ardley had the confidence to bring Beere on – with just five minutes to go. I had seen Tom playing in front of no more than 100 fans, made up mostly of family members and scouts, at Merstham in the Under 21 Development League. He had just returned from a loan spell at Hampton & Richmond, and yet just months later, he is scoring a vital goal in front of a sell-out crowd, live on Sky Sports. Incredible.

My vision for the future is a Wimbledon squad of which 40 per cent is made-up of homegrown players. This will mean we have players who know our identity and values, along with the benefit of providing us with additional funds to our budget, helping us produce a strong squad capable of holding its own and, potentially, reaching the Championship – once we are back at Plough Lane.

So next time you are feeling down about the first team losing a game, pick yourself up by heading down to our training ground in New Malden, and watch our Academy players learning the trade. Trust me, you can get as much pleasure seeing a young Anthony Hartigan scoring a goal as you can from Lyle Taylor netting a beauty at Kingsmeadow … and in a few years time, you could be seeing that player at Plough Lane, singing, “He’s one of our own” …