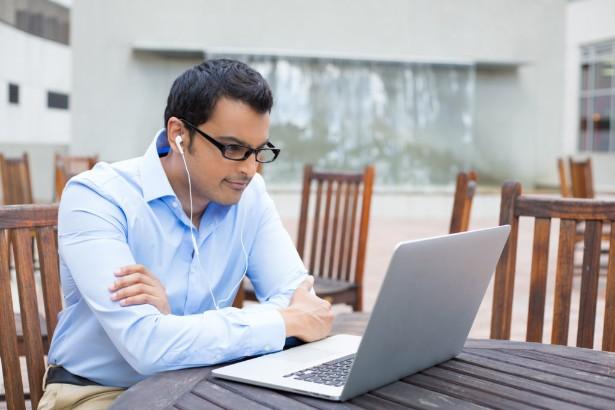 Lockdown has been challenging for everyone, especially watching Wimbledon from afar – at our new ground – and logging on to iFollow in the hope that your connection is strong enough to cope. Of course, sometimes we probably hope it isn’t so that we don’t have to sit on the edge of our seats hoping for a goal.

I don’t normally do blogs as my written English isn’t always great as the school teachers and journalists will vouch for on our WhatsApp group. I will apologise in advance for any dodgy grammar, yet this is me and why I love doing live podcasts as anything can be said and it’s out there for everyone to enjoy.

Following our goalless draw on Saturday at Bristol Rovers, I didn’t have long to wait until the next game. Thirteen games left before the Wigan game and four of those at home against teams around us. This was the chance to complete a league double after our 3-2 win at Wigan in February which was Robbo’s first game as Head Coach. We have further opportunities of league doubles against Rochdale, Swindon and Fleetwood. We still haven’t played Ipswich yet, so that is also a possibility. Interestingly, League One leaders Hull are the only team to have done the double over us this season.

I don’t get involved in social media or any of my WhatsApp groups much before an hour to kick off as that’s when the team news is released. I miss going to football so much and I try to limit my exposure to it on matchdays to help with my mental health challenges. Interesting news is that Woodyard and McLoughlin are out of the starting line up, with Longman and Palmer coming in. Drastically have a look to work out the formation and really surprised that Palmer is starting tonight. Oksanen is still on the bench and it looks like Robbo’s preferred centre half partnership is Nightingale and Johnson. Heneghan is on the bench and I can’t help but feel he would be a better option as he has a couple of goals to his name already.

I open my EFL app on my ipad around 6:15pm and just watch the pre-match warm up and enjoy the PA playing Supernova by Oasis. I daydream for a bit, thinking how mad this game would be in person with the loud PA system now in comparison with Kingsmeadow’s crackly speakers, if you can call them that. I am really starting to struggle watching games on ifollow at Plough Lane as I just want to be there in person. I was so fortunate to attend some games at Plough Lane in October/November as part of the BTPL Live team and it’s an impressive arena. I used to daydream back then also about how the crowd would sound and how it would look full. I actually missed Crawley’s first goal in the FA cup as I was looking at where the scoreboard would be and how great it would be.

The game started and I laughed when Rob Cornell started to read a shoutout and I said out loud it was Tim from Northern Thailand before he read it out – this shows you how much I have listened to iFollow this season that I know where most of the fans are around the world and what order the shoutouts will be. I am not a lover of shoutouts and that’s mainly down to my mental health as I just want to be there rather than listening to the guys on iFollow. I have been friends with Mikey T for over 25 years, however I look forward to the day I can say hello in person and hear his stats first-hand.

Nothing in the first half of note and we have a good chance from Pigott when his curling shot just goes wide of the far post. Our WhatsApp group is trying to work out our formation and it looks like a 4-2-3-1 with Pigott playing in behind Palmer, but I can’t be sure as you can’t see the whole pitch when watching from home. We are going long too often for me and bypassing the midfield. Since Robbo has come in, we have played a passing game and I feel the reason we have stopped doing that is down to nerves and how big the game is.

During half time I put the washing from the machine onto my new washing line thing that is heated. Never thought I would be doing this during half time for a home game, but Covid has changed everyone’s matchday routine. I look at the clock and try to work out when the second half will start as my timings have all gone out of the window with these random kickoff times.

Second half starts and I am concerned of how well Wigan have started in the first 10 mins. Our WhatsApp group has just mentioned that Charlton are level with Bristol Rovers and I start to think how a draw would impact us as Wigan look like they could score shortly. They finally broke the deadlock on 58 minutes with another goal that could have been avoided. Nightingale gets drawn out wide and Alexander loses his man at the back stick, Tzanev concedes his first goal since he started against Rovers on Saturday. Nothing he can do for the goal but I worry about our reaction to the goal as a few heads are down. We haven’t led a game since Rudoni’s goal at home to Gillingham last month and that was only for a few minutes.

Robbo introduces another couple of finishers in the shape of O’Neil and Osew, with Alexander and Rudoni making way. We have played so many long balls tonight from our defence that Rudoni just couldn’t get enough of the ball tonight and that was always my concern if we went back to front to Palmer because of his height.

Our equaliser was a thing of beauty with Dobson meeting a superb cross from Longman straight on his nut and we are level. I don’t really celebrate as it’s so difficult to get that involved from home and the only goal I remember shouting out loud for was Rudoni’s winner against Gillingham. I shouted so loud that my wife jumped and gave me a right hook to the arm! I miss that collective roar to a goal with my mates and fellow wombles and i always have this habit of thinking the goal has been disallowed as you just don’t get a cheer. It was then that I realised we no longer have fake noise at Plough Lane and wonder if that has impacted our home form. I still remember when Pigott scored a free kick earlier in the season against Plymouth and the crowd noise being about 2 seconds after the goal went in.

We now had to go for the winner and it nearly came into time added on with a Dobson drilled cross that had Palmer and Osew scrambling at the far stick. That was the final chance and we had a point from one of our two games in hand.

I had a quick look on social media and decided that this was not going to be a wise thing to do as lots of moans and groans from our fans. This season has been a case of fans getting really high when we win and really low when we lose. I always like to reflect on games the following day as we are all passionate about our team and we all react with disappointment. We are all missing this beautiful game and especially not seeing our lads at our new home. Thankfully test events are due in May and June and they are going to be great things to look forward to.

Wake up the following morning and look at some websites I like that bring up some stats for the season with current streaks. No win in 6 games is a telling stat and our lack of goals, especially from Pigott and Longman is a concern. We have moved off the bottom of the table thankfully and I now look forward to Saturday and our home game with managerless Charlton Athletic.

Before then I have two podcasts to record on Thursday and sandwiched in between is our Youth FA Cup game at home to Burnley.

Nothing better than seeing our future stars and also their first game under the lights at Plough Lane.

How lucky are they….