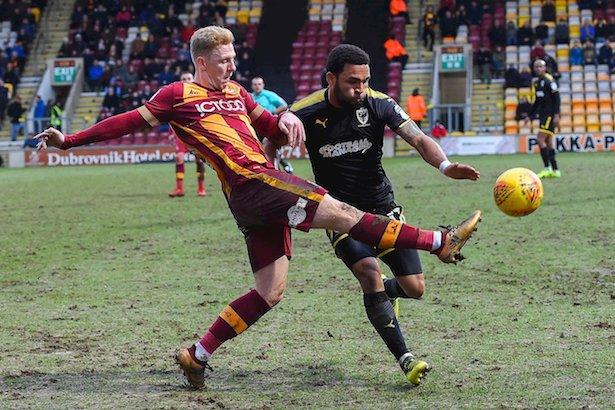 I’ve seen a few people pondering what’s behind our upturn in fortunes. It’s true Jimmy Abdou has had an influence; it’s true that our defence is one of the best in the league; and it’s equally true that the 3-5-2 formation suits us very well.

I don’t think it’s down to any one factor, but if I had to pinpoint something that’s made us click, I’d say it’s how settled the side is now – and credit should go to the management team, including Jason Moriarty and Stuart Douglas, for that.

Neal is making very few changes and when he does, he’s not sacrificing quality: the players who come in are as effective in their roles as those they replace, and that’s further testament to the squad he’s got and the attitude of the dressing room.

Darius and Deji are players in very good form of course, but I also want to give credit to the third member of the back three, Barry Fuller.

I gave our captain a hard time earlier in the season: he seemed off the pace and lacking in his usual character. I didn’t think he’d come back the same player after his injury.

And it may still be his last season with us, but Barry’s proved me wrong. As part of a back three, losing a bit of pace isn’t such a problem, and his one-on-one defending is still as good as anyone in the division.

Up the other end, we got off to another great start with a goal after just 14 minutes. Lyle played his part – as he does in every other goal we score – in setting up that man Abdou to slot home intp the bottom corner.

Critical to go ahead against a team struggling for form and from the moment the ball nestled in Bradford’s net, you could sense this might be a good day.

The home side offered little threat in the first half and there was only one real scare when Dom Poleon, five yards out, failed to connect with a free header.

And speaking of our old boys, I thought Jake Reeves was pretty average. Nice hair, neat passing, and tidy link-up play, but nothing that hurt us.

Charlie Wyke, meanwhile, is apparently attracting attention from higher up. If that’s true, maybe our defenders that had him in their pocket all afternoon should be receiving similar interest.

And Mr. Poleon, who was a bit chirpy in the week about his departure from KM. In answer to what he said, I saw nothing Saturday afternoon to suggest he’d get in our team at the moment.

Second half, the home team came out fired up looking for an equaliser. And it was Poleon who looked to have levelled things up on 49 minutes. But as he wheeled away to celebrate, the ref had a chat to the lino, confirmed Dom had the last touch, and the goal was ruled out for offside. Sympathy oozed from the Dons faithful with a chorus of, “It’s all your fault” – to his old tune.

That proved to be the turning point in the game as ten minutes later, McDonald found Barcham in space in their box and he calmly slotted home our second. Cue backpacks and flasks everywhere in delirious scenes amongst the travelling Dons army.

Goal number three arrived shortly after and summed up Cody McDonald. He chased a hopeful punt up-field, outmuscled his defender, ran clear into the box, and bludgeoned his shot past the keeper. I don’t think Cody’s has had an easy time with us, but he’s put in 100 per cent week after week – and earned every goal he’s scored.

So it was fitting that he got another one to round off a memorable day. Joe Pigott made his second appearance and threaded a neat ball through, which Cody dispatched into the Bantams’ worn-out net.

So have we finally turned a corner? Many still don’t want to believe we have, but it’s hard to ignore the mounting evidence. Unbeaten in five, three wins in the last four, top six in the form table – and six goals this week.

We won’t win every game, but having witnessed the shift in momentum lately, I think we might find ourselves safe from relegation earlier than we thought.

The noises coming from the dressing room are good, and it’s notable that the squad and management discussed tactics and agreed a plan for this game. That must give the players more responsibility on the pitch: it certainly looks that way.

Plenty will say how far there is to go and a couple of bad results puts us right back in it. That’s all true of course, and we do have a fan-base that thrives on worry and negativity, but the inescapable truth is that we are a team in form that’s on a bit of a roll …

My MOTM Not a bad performance amongst the men in black, but I’m going to go with Barry Fuller this week: back in form and part of a defence that has kept four clean sheets in a row.

Up Next I expect Rotherham to be a tougher game than Bradford. The Millers are in great form themselves – unbeaten in eight – and looking to have a good chance for the play-offs. We’ll need to be at our steely best, but we’re a confident side and we’ll go there expecting to get something.