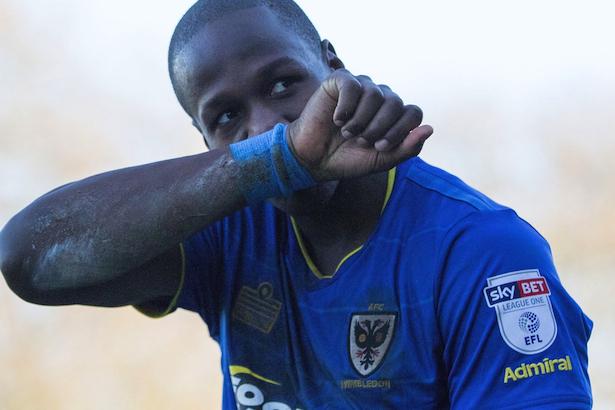 Tom Elliott typified what Wimbledon fans look for in a player. Strong, honest, hard-working and affable, we should be proud and humble to have had him at our club – not downhearted that he has decided to move on.

Indeed, despite Tom being voted Player of the Year by supporters – who also urged him to sign a new contract as he collected said award – his exit will not weaken the first-team whatsoever. In fact, it is likely to strengthen us as we enter our difficult second season in League One.

This is not to detract from or diminish his achievements during the last campaign, or his importance to us in maintaining our position in the third tier.

But aside from a purple-patch of form between October last year and January this, the quality of Tom’s performances over the course of his two seasons with the club was inconsistent, and our desire to build around him rendered us predictable, inflexible, and ineffectual for most of the second-half of our League One campaign.

Having left Leeds in 2011, and struggled at a number of clubs, including Hamilton Academical during a short spell with the Scottish Premier League side, Tom found his feet – and enjoyed his most prolific spell – with Cambridge United, in the Conference. He finished the 2012-13 season as the club’s top goal-scorer, netting once every two games, before fitness problems disrupted his form over the next couple of years.

Eight goals during United’s first season back in the Football League encouraged Neal Ardley to bring him to Kingsmeadow as one of four strikers in the squad – most likely with a view to rotating him with Adebayo Akinfenwa in the role of target man. As the season unfolded, Elliott was often Ardley’s pick in the starting line-up, but his contributions were limited – the last of his six League Two goals coming in a 3-2 defeat to Yeovil in January.

Akinfenwa, meanwhile, began to exert his influence on the squad as the season wore on, and played a vital role in not only earning us a place in the play-offs, but winning them as well. His performances over the entirety of the campaign had been much-maligned, but Akinfenwa’s season total of six goals was equal to that of Elliott’s – even though both registered on the score-sheet fewer times than another much-maligned forward, Adebayo Azeez.

The anaemic nature of Tom’s performances led many to believe that he would struggle in League One, and that fear seemed to be being realised over the first 10 games of the season, with Elliott and new signing Tyrone Barnett interchangeable alongside Lyle Taylor in a staid 442 line-up.

But a switch to 433 in late September changed Tom’s, and the team’s, fortunes.

Away wins at Oxford, Bury, and Peterborough saw the Dons playing their best football of the season, with Taylor and Andy Barcham flourishing alongside the big man upfront. Whilst Elliott dominated both centre-halves in the air, his two partners exploited space out wide and in-behind the opposition, which allowed the Dons midfield to push high up the pitch also. Teams were unable to counter the fluid nature of the team in that period, and another play-off push was not out of the question, especially with Dom Poleon slotting comfortably into the system when required.

However, the key to the success of that system was dependent on Elliott winning his battles. And just before Christmas, once teams figured out how to nullify his threat, Tom’s impact became marginalised – and the team suffered. Unable to win his aerial duels, his lack of pace, and surprisingly poor ability with his back to goal, were accentuated. Worryingly, we did not seem confident to change plans from what had been working so well for us before, and so became almost obsessed with directing our attacking play through Tom, to the visible frustration of some of his teammates.

Occasionally, it paid dividends – Bolton away, for example – but for the most part, it hampered us. Tom’s late equaliser at home to Charlton was born more out of persistence than quality, and the subsequent draw with Coventry – for which Elliott was suspended – exhibited the tactical rigidity we had succumbed to: if Tom was not there, we did not change style, only personnel. We had become so one-dimensional that the team lacked ideas, imagination, or invention. After the turn of the new year, we managed just five wins – and Tom failed to score in any of them.

So instead of being fearful of the impact Elliott’s departure will have on the team, we must take advantage of his leaving, and re-evaluate how we will tackle League One next year. We have to reassess how to get the best out of our most productive attacking players – namely Poleon and Taylor, who were as and more prolific than Elliott respectively last year – and instil a flexibility in our players that avoids prescribing them with a complacent, routine game-plan.

This does not mean we forget the contribution Tom made for us, nor that he is an upstanding individual, as the podcast team discovered whilst working with him in the latter part of the season, during which time he proved himself a true gentleman and perfect ambassador for the club.

But had he not decided to chance his arm with Millwall – and the club offered him a new contract, remember – we’d have likely slept-walked into keeping calm and carrying on as before, almost certainly into a scrap to avoid relegation.

We can feel sad that such a character is no longer a part of our family, but we must welcome the opportunity to make ourselves stronger, and more stable, without him. The signing of Kwesi Appiah is the first step: his touch and movement, allied with the pace of Barcham and goals that Lyle guarantees, should make us forget what has been, and get us excited by what is to come.