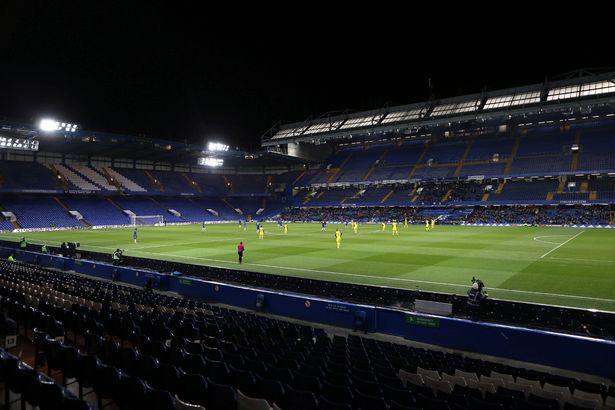 This summer’s arrivals of George Long and Jimmy Abdou marked a change in Neal Ardley’s philosophy regarding our use of the loan system.

Having had our fingers burned by the likes of Michael Smith and Matt Tubbs, and following the unsuccessful term of Ben Wilson, we ensured our first season in League One was built on a stable squad of permanent signings.

But needs must. At our level, it is proving increasingly difficult to find players that improve on who came before, especially within budget constraints, and we were forced to find a temporary solution in the centre of midfield and in goal this year.

This is not an undue concern: neither player will be recalled before the end of the campaign, and we can always repeat the trick next season.

However, Football League rules limit the number of such players we can bring in, so any more bad luck with injuries may still cost us. Yet it is the absence of a limit on the numbers that can be loaned from a club that is causing us, and our lower league rivals, greater headaches.

We are all aware of how some leading Premier League clubs abuse the loan system: stockpiling young players with no intention of using them in their own domestic or European squads, but happy to see them enhance other teams and their abilities to take points from championship rivals. For an example of how severe the tactic has become, look at Chelsea, who on July 5 this year announced simultaneously that youngster Tammy Abraham had signed a five-year contract extension at Stamford Bridge, and been lent to Swansea for the forthcoming season.

Indeed, Chelsea have 26 contracted players out on loan this year: 12 of which will be competing in the top two divisions of the pyramid this season.

Which begs the question: why do Chelsea, or any other Premier League side for that matter, need to be part of the Football League Trophy?

We are told that it is to help the development of young English players, but if they can be so readily farmed-out to top-flight competitors, what benefit do they gain from a few games against League One or Two opposition – many of whom will be playing at a much lower intensity as they would in a League or FA Cup tie, or be making many changes to also give playing time to the lesser experienced members of the squad?

If the aim is to give these players the opportunity to play men’s football, then why not send more players on permanent loans to clubs in our league? Stoke City’s Ryan Sweeney has just begun a second-spell with Bristol Rovers, and Huddersfield striker Jordy Hiwula will be spending another year in the third tier: this time with Fleetwood Town after his successful time at Bradford last season.

But that is not the aim of the loan system, at least not for the country’s bigger clubs, nor is it the aim of inviting so-called ‘B’ Teams into the FL Trophy, and with apologies for sounding like every article in When Saturday Comes that you’ve ever read, everything is done in the self-serving interests of the clubs. And the danger it poses to clubs like ourselves is ever-increasing.

Take, for example, Neal Ardley’s comments following the Brentford game, in which he said he, “didn’t think players should be asked to play a 90-minute league game on the Saturday, followed by 120 minutes in a midweek cup tie and then a further league game the next Saturday. It’s too early in the season to submit players to that sort of challenge.”

His early, indirect call for the abandonment of extra-time in the competition is surely done with the knowledge of the inflated fixture list caused by the expanded Trophy, and its group format.

So whilst our small, currently injury-plagued squad deals with the demands of those games, many Premier League youngsters are left kicking their heels, failing to progress, waiting for a handful of fixtures against Crewe and Forest Green Rovers.

The re-introduction of the banning of loans between clubs in the same division would encourage more clubs to send their developing talent – or ‘assets’, as the boardrooms in the Premier League refer to them – for a season in proper, competitive football.

It worked for Harry Kane, Jermain Defoe, and David Beckham: there is no reason it wouldn’t work for Harvey St Clair, Josh Grant, or Joe Bursik’s England team-mate, Jonathan Panzo.

And it would eliminate any pretence for young teams competing in a Football League competition. A win for all of us.

But these ‘elite’ teams like to work for the few, not the many, and the powers that be are more concerned with how clubs mow their pitches than they do the welfare of the lifeblood of the game – be it the small clubs and their supporters, or the career progression of the next generation of players.