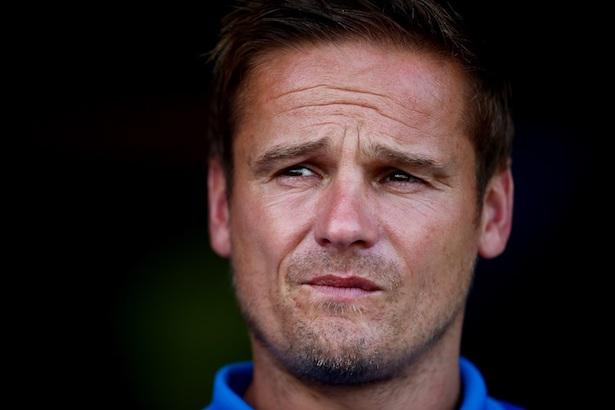 Neal Ardley’s biggest challenge this season will be managing the broad range of characters and varying levels of confidence within the first team.

He did this to great effect in our League Two promotion season, building around a strong, demanding spine that ran from Darius Charles to Lyle Taylor via Dannie Bulman and Jake Reeves.

But we enter pre-season this week less three of those – and with a couple of brash personalities thrown into the mix.

So whilst Neal will have to encourage and embolden the centre of his midfield, he will also likely need to placate the ardour of his forward line.

His track record with Lyle tells us he can manage individuals, and get them to manage their frustrations. However Kwesi Appiah and Cody McDonald are different animals, and although the latter found it “easy to integrate” on the first day of training, things can easily change when competitive action begins.

Of course, Kwesi played under Ardley previously, in 2014 – scoring three times in seven appearances for us whilst on loan from Crystal Palace. He was very popular with the fans, but his style would have been less appreciated had he been playing against us, instead of for. His game had niggle, be it a sly nudge off-the-ball or a cross word with an official, and an edge that can lose you a man as much as it can win you three points.

The latter of those traits were seen in Lyle when he first joined, and Neal assuaged them well – with a little assistance from a sports psychologist, perhaps. Now he has to ensure he coexists with Appiah and McDonald, be it in a front three, or as competitors for a starting place. And as we discovered this time last year, Lyle’s not the best at disguising his unhappiness …

On the other side of the coin is the apparent dearth of leaders in the middle of the park. Dannie Bulman and Jake Reeves were not only popular in the dressing room, they led by example on the pitch with their energy and drive. They were not players to hide if things weren’t going our way.

Filling the gap they leave behind is not a job Neal would have had on his to-do list at the end of April, and as it stands, Dean Parrett and Tom Soares will be the ones to expected to cover. The pair will need some positive reinforcement if they are to succeed.

Parrett, despite being credited with more assists than any other Dons player last season, is believed to be one player that Ardley was happy to listen to offers for in the summer. Used sparingly throughout the campaign, his final appearance came as an 88th minute substitute on the final day: a decision from the manager that looked to have a serious message underlying its otherwise baffling nature.

Soares, meanwhile – a regular starter after joining in February – came from a struggling Bury side, who had endured an 18-match winless streak between October and January, into one that could not find any semblance of form. His confidence had clearly taken a knock, and now he must hit the ground running at the start of the season, or find himself an outlet for the frustrations of sections of an already nervous Kingsmeadow crowd.

And that is Neal’s job: creating an environment in which Parrett and Soares are motivated, confident, and secure. It’s also the job of our forward line not to put any further pressure on any less assured players. And it’s also the job of others in the squad to bring the team together.

Barry Fuller and Paul Robinson are natural leaders: they must be Neal’s voice on the field, keeping egos in check whilst, at the same time, boosting others. And if they do that, we’ll be on to a winner, because this squad bears the hallmarks of the stereotypical ‘Wimbledon’ team, much like the one of 2016.

It was the spirit in that camp that took us from a rock-bottom defeat to Stevenage, and an ill-informed Christmas party, to winning at Wembley six months later. That was no fluke: it was a promotion built on togetherness, with egos left at the door, driven by men who did not allow standards to drop, but knew how to motivate others.

Fuller, Robinson, Taylor, Meades, Charles … these are the players that remain from that squad that Neal needs to trust to take responsibility for maintaining that confidence and unity in the team. And Neal himself must know how to take care of those that might upset the balance.

Having come through the Wimbledon youth system to handle himself alongside Jones, Fashanu, Sanchez, and Segers, it’s probably fair to say that our gaffer might just have an idea on how to make it work.