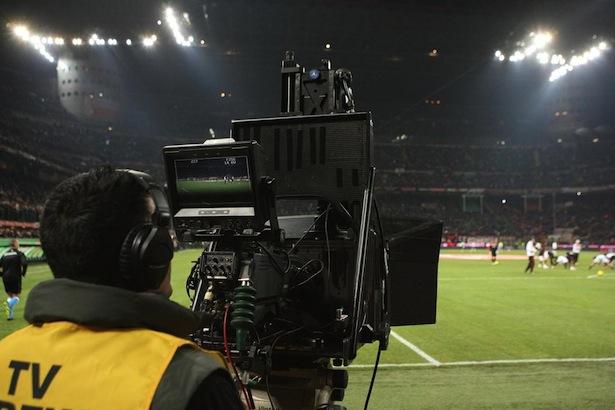 It is typical that the biggest clubs in the country, long detached from the lives of the people who support them, are edging ever closer to their European rivals at the same time the nation awaits its independence from its continental counterparts.

The desire of last season’s top six teams to take a greater share of the Premier League’s television revenue continues to be subdued by their fellow top flight clubs, who are vaunted for their stance. But with English clubs’ performances continuing to decline in the Champions League, the owners of those six clubs will not tolerate the status quo for much longer.

And as competition within Europe’s other top leagues continues to deteriorate, and as TV companies scramble to find ways to boost flagging viewing figures, the outcome, which many have expected for decades, seems inevitable.

But whilst common opinion has always been opposed to the idea of a European ‘Super League’, clubs in the Football League should perhaps start to consider how beneficial the disappearance of the nation’s largest sides could be – and the evidence is already starting to mount.

Over the last two seasons, stadium attendance in all three divisions of the Football League has risen. League Two may have noticed a modest 1.5 per cent increase, but with rises of 12.7 per cent each, League One and The Championship have experienced somewhat of a boom period.

Of course, the relegations of Aston Villa and Newcastle have impacted these figures, but these increases are not to be ignored. Television has made elite-level football more accessible than ever before, but the desire to attend games on a Saturday afternoon remains as fierce as it always has been.

And for Premier League clubs, those three o’clock kick-offs will soon be rarer than a full stadium in Milton Keynes.

The current broadcast contract allows for 168 live games a season – at a cost of £5.136bn to Sky and BT Sports. However, viewership as a whole dropped: 14 per cent for Sky; 2 per cent for BT.

So in an effort to ensure the two broadcasters continue to invest such huge sums, clubs are proposing allowing over 200 games to be screened live when the new contract begins in 2019. That leaves less than half of all games to be scheduled for Saturday 3pm – and that figure will be further diminished by midweek games and Europa League rescheduling.

With viewing numbers falling so sharply, the broadcasters have, naturally, looked for ways to ensure they can afford the product, with the loss of the contract not an option, particularly for Sky, who will not want to suffer the embarrassment of letting slip their hold of the competition they have helped build since 1992.

The only way to keep those figures up is to offer more and more games to international viewers, at times more convenient to them. Saturday evenings and early Sunday mornings are another inevitability, to exploit the Asian and Australian markets, with the former also attempting to steal a share of the UK peak-time audience.

It’s a tactic that the biggest clubs in Spain have already started to take advantage of, with Real Madrid and Barcelona experimenting with 12.30 or 10pm starts. And it is this that forms the crux of the issue for the ‘Big Six’.

It is currently estimated that international rights rake in £3bn of revenue for the Premier League. The argument, pushed chiefly by Liverpool and Manchester City – but supported by Manchester United, Arsenal, Tottenham, and Chelsea – is that their popularity is the key generator behind that revenue, and that they should have a greater share.

For those clubs, it is the only way to compete with their Spanish rivals, who have won six of the last 10 Champions League finals between them.

But the Premier League’s collective bargaining deal will restrict them from doing so, and with Sky wanting to ensure they can continue to profit from subscribers, a breakaway European League seems the only solution for the biggest players in the market to get exactly what they want.

Why should the Football League celebrate this? There are many problems that would have to be resolved which have the potential to have a negative impact – the fate of the FA Cup, for one.

However, with attendances already on the rise, EFL clubs could be taking advantage of a surge through the turnstiles from 2019, when for many top flight fans, Sunday morning away games become unattainable. On top of that, the increased cost of pay TV channels could also convince fans to head to their local club for their weekend football fix – especially with many freezing and even reducing ticket prices, with a notable increase in matchday turnouts because of that, most famously at Bradford City.

Any departure for the top clubs to a breakaway league would likely need a lot of negotiation, akin to – but hopefully nowhere near as laborious as – our beloved Brexit. For example, whilst a rise in ticket sales would be beneficial, it would be negated if the cash that trickles down from the top division, however negligible many believe it to be, was not protected.

Yet in the age of globalisation, numbers wanting to connect with people at a local, community level is burgeoning. A more competitive top division, free from the stranglehold of half a dozen clubs, would do wonders for clubs seeking greater engagement from their local population.

For ourselves, with a new stadium on the horizon, the potential is huge. For so long we have resisted reform, but perhaps a change at the top will ensure life for us remains how we would like it to be. It’s just a question of whether the rest of Europe’s elite clubs elect not to remain with the status quo, and instead leave their nations behind.

I can’t speak for those countries, but I’m not sure English football would be too sorry to see our top clubs go. We’d remain strong and stable without them, and I’m sure the benefits would be felt by the many – not just the few.