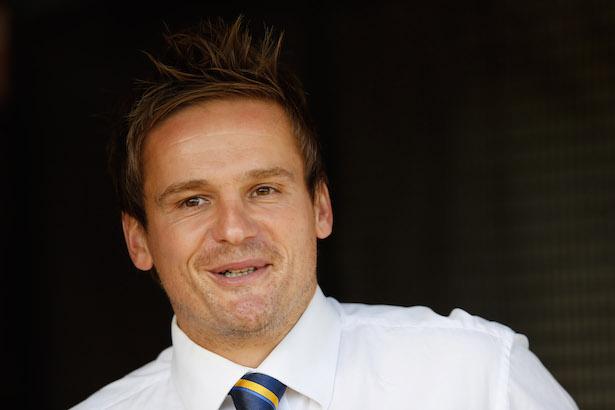 Neal Ardley will be a Premier League manager. Hopefully he’ll perform the role whilst sitting in the home dugout of Plough Lane, but if not, there is no doubt he will one day ply his trade with one of the top 20 clubs in the country.

Neal has the focus, desire, confidence, and humility to succeed. He seeks to improve himself every year, and incorporates every aspect of the game into his style, from tactics to fitness to psychology. His willingness to learn and research new concepts and ideas means he has an understanding of how to make things work at any level of the sport, and therefore not allow himself to be ‘pigeon-holed’ as a lower league expert, like many of his contemporaries.

And by maintaining high expectations and standards of himself, he not only motivates those around him, but he upholds his ability not to sell himself short, meaning he knows what he can offer, and should he move on, it will be on his terms, with a club he is confident is the right fit for him.

At the moment, there doesn’t seem to be any evidence that that club won’t continue to be ours for many years to come.

He said as much himself on Friday, at the Meet The Manager event. When asked if other clubs had approached him, his reply could be surmised to, “I’m allowed to run the place here; where else would I go, and why would I want to go?”

By that, of course, he means that he is allowed to get on with his job with very little, if any, interference from those above him. As Neal explained, in this age of instant gratification, opportunities to have the time needed to fully do the job you wish to do are extremely limited – and he already considers himself lucky to occupy one of just 92 roles on offer. We are even luckier that he is filling that role with us.

For it is an event like Friday’s, when the gaffer is allowed to be a bit more candid with his comments, that you really get a feel for the person behind the full-time round of applause and carefully-worded post-match comments. As I say, Neal’s passion shines through, but more importantly, the ability to explain the logic behind his decisions, which are scrutinised at length by us all, allows us to realise how complex and considered each judgement is, and how no decision is ever made without thorough thought, consultation, and examination.

A lesson for us all, perhaps, when frustrations begin to boil under the surface on a damp, cold, Saturday afternoon.

As for more of the specifics of Friday’s Q&A, there were some key takeaways. Be they fascinating, reassuring, or concerning, they are all things we should be considering throughout the early part of the season, if not beyond . . .

Neal admitted he got this wrong last season, and was determined not to make the same mistake this year. The theme that connected his ‘mistakes’ was team spirit: he said that whilst he was aware of problems, it was during individual player meetings in which he finally connected all the dots. We assume, fairly safely, that is why Tyrone Barnett has departed, and why Neal was not too upset to see Poleon go.

Of course, we were a month behind in our recruitment process last season, which is a fair mitigating factor – not that Neal seeks to use that as an excuse. But this summer, key business was completed quickly, with targets that the management team knew would embolden team spirit, rather than upset it. Yes, some might turn their noses up at the return of players we’ve had previously, but as Neal said, their quality is not in question – as we have seen with our own eyes – and we are certain they will effortlessly settle into the squad.

Jake’s departure has upset preparations a little. Whilst Neal was aware this could happen, I think he was banking on it not, and we do now have a little concern in the midfield area.

As I discussed last week, Tom Soares and Dean Parrett will be expected to cover for the time being – but Parrett is one that has to gain the trust of Ardley, and quickly. Neal explained that he felt Dean had not contributed enough last year, despite statistics that have been used to the contrary by people like myself, as for a midfielder that doesn’t do the defensive side of the role, his attacking influence should have been greater.

In the meantime, Ardley is searching for another two players in that position. Spending money to help fulfil the role wasn’t hinted at as being an option, and we have trialists in the squad currently. Again, for those that might turn their nose up at that, Neal points out that Reeves was signed as a player who couldn’t get a game at Swindon, was brought in on a free, and has left for a large fee. Why can’t we repeat that process now?

The other option is to bring through our Academy players, such as Alfie Egan, as fans, and the Football Club Board, clamour for. But Neal is more reticent, as we have seen, feeling that our younger players are either not physically ready for consistent first-team football, or, simply, are not good enough.

In his time as manager, around a dozen Academy players have been given their debut. Neal believes around a half to three-quarters were not good enough. This is an honest but very difficult message to deliver, yet it shouldn’t be. As Neal explained, whilst we might see the fantastic progress of our young teams, especially in the FA Youth Cup, we need to remember that they are playing in their own age group – if not against younger ages, on occasion – and that the gap to first-team, men’s football is a big one to bridge. The oft-cited Manchester United Class of ’92 are the outstanding exception to the general rule.

So whilst Toby Sibbick, Alfie Egan, and Antony Hartigan appear to be the most likely to get experience this season, we must still remain patient with them. For some in the past, such as Ben Harrison, it was too much, too soon, and we don’t want others to suffer the same fate.

A small but most notable discussion centred on the use of statistics, and how best we can use them next season. As we know, Neal is very keen on monitoring all the quantifiable aspects of a game, but sometimes it is tough to translate into setting targets – there are many variables to consider when asking Andy Barcham to provide x number of assists a season, for example.

Neal identified two that he thinks we can control, monitor directly, and that should benefit our performance: he wants us to be in the top six clubs for metres run, and recovering the ball in the opposition’s half. So keep an eye out for a lot of high pressing from us once the season gets underway.

Finally, predictions for the coming season. Once again, we’re in the lower reaches of the budget table, but once again, Neal doesn’t set expectations in line with that – nor do the players do that of themselves.

However, it does mean we have to maintain a sense of realism. Not only is our budget and squad small, but the league is much stronger this year, with the clubs coming down in good shape, and four well-resourced clubs coming up from the opposite direction.

Last season, Neal was able to predict four teams that would be battling in the lower reaches of the table, and was correct on all of them. This year, he would only venture one – Gillingham – and that tells its own story. So whilst he believes we have strengthened, he will know that maintaining our position in League One is the main aim.

That said, he wants to improve on last year, and motivate his squad, and be realistic. He thinks we’re capable of a top 10 finish: I would, cautiously, agree.