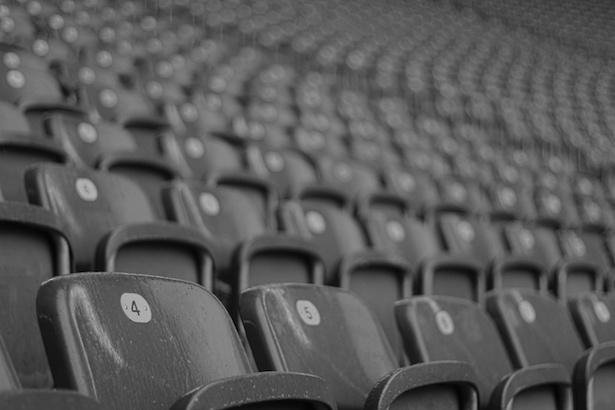 I arrived at the away end just as a marauding army of franchise chavs came round the corner chanting, “We’re the real Wimbledon”. I don’t find that sort of thing offensive, although my mind did wander to what Stanley Reed would have made of the strange sight in front of me.

Expect he’d be as confused as the vast majority of the wider football community because the very essence of football supporting is following a team that represents your home town and your community.

A point that seems lost on their customers. But when you look around them carefully and spot Arsenal, Tottenham, and Chelsea badges amongst the weirdos, dribblers and generally challenged, you can understand why.

Milton Keynes seems no closer to understanding the steps that must be taken for them to become a normal team with traditional identity. As Winkelman grows his fan base, he needs a club that represents their town and nowhere else, a successful model used by around 91 other clubs in the league.

I expect deep down their owner would love to drop the Dons and ironically it might be our club that finally provides him with an opportunity to do so, as their incendiary use of the name Dons forms part of our defence at the EFL hearing.

If by some miracle the Football League themselves were to recommend a name change, Winky can play the good guy and climb down gracefully on the main issue – keeping the franchise mired in the dishonesty of its past.

Convenient timing for him as our return to Plough Lane exposes another of his lies on which project franchise was built.

This was the third visit I’ve made to Stadium MK and walking into the ground this time I felt nothing – very different from the nausea and stomach-churning arrival at the FA Cup game back in December 2012.

On this occasion we were here for a relegation six-pointer. Rather than laugh at the lack of home support and atmosphere (I’d guess five to six thousand of the 9,500 attendance were actually in the ground), I was only concerned with it making our job that bit easier.

The only worry as we took the field was George Long missing due to sickness (he should be back next week) but Macca has been in good form for the under-21s and handled the job superbly. Other than George it was our regular starting eleven in a 4-4-2.

We had the better of the first half, both in possession and territory, but as is often the case we failed to turn these advantages into efforts on goal. Taylor and McDonald both had decent shooting chances, but neither worked the keeper. Down the other end, Joe was called into action when he made a decent save tipping over a Muirhead shot from the edge of the box.

Second half we went into our shell and when Neal’s first substitution was Meades and not Forrester, you knew we were more interested in cementing the point than venturing out for all three.

But we could have nicked the win late on. A ball in from the edge of the box found its way to Andy Barcham with enough space to make himself a hero; sadly Barch produced the shot of a man with a fiver on 0-0 and that was our last chance gone.

So neither team good enough to score but having trudged away after the 1-0 defeat last time we were here, I decided to settle for that. Some have had a pop at Ardley for not being more positive, and I’d certainly agree franchise were there for the taking, but it was crucial not to lose this one.

After the positivity of the Southend win and the reconnection between squad and fans at Wembley, we couldn’t afford a moral-sapping defeat to the arch enemies. I get as frustrated as the next fan with our safety first approach, but I’m going to let this one ride in view of the enhanced effect results against Milton Keynes have.

Having said all that I almost look forward to getting into a situation where we have to win league games. I believe if Neal was forced to send this team out to win, we’d turn up plenty more results.

My MOTM Deji Oshilaja. Another very impressive display. Gave the franchise strikers very little opportunity, but he’s also become a key player bringing the ball out of defence and at set pieces (particularly the back post delivery that he heads back across goal).

The Oppo Probably the best news from Saturday was they’re definitely in the relegation mix. Think they were missing Sow (a front man they brought in from Scotland) but other than him that was their first-choice eleven. I don’t see the fuss about Chuks Aneke, their defensive frailties will be regularly exposed against better front lines than we’ve got, and they look pretty toothless up front. A quick glance at their fixtures towards the end of the campaign suggest a serious chance of them disappearing to League Two if they’re not clear of trouble by the end of March. In April they host Blackburn, Doncaster, and Scunthorpe – as well as facing tough trips to Southend and Wigan. And should it come down to the evening (yes, a 17:30 kick-off) of May 5, we entertain Bury at KM while the franchise head to Shrewsbury.

Up Next Blackpool at KM and a game we should really be targeting to take three points from. Hopefully, Neal will refresh the team again after it worked so well against Southend: I’d like to see more of Will Nightingale in this relegation battle, and we’ll also have a target man option – that extra threat up front should see us climb out the bottom four by the end of the month.