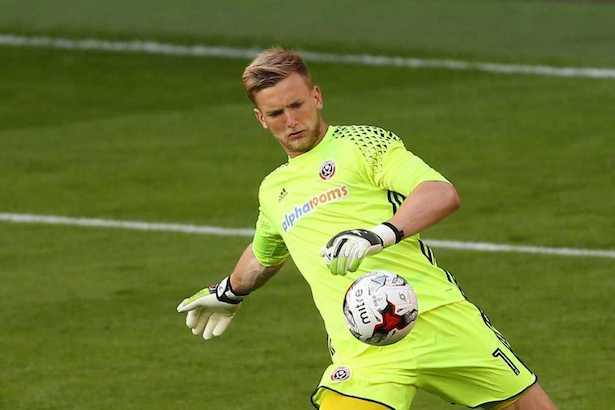 Perhaps it’s an age thing, but I was brought up with goalkeepers being the stalwarts of their team. Undoubtedly I was spoilt rotten by the stats of Dickie Guy – nearly 600 appearances, including 275 consecutive games and a spell between January 1970 and August 1977 when ‘El Presidente’ missed just one game (a relatively low-key London Senior Cup tie) – and thereafter came Dave Beasant, 340-plus games, Hans Segers with 317, and Neil Sullivan circa 200, which would undoubtedly have been more but for two broken legs.

Such longevity went out of the window in the early AFCW years of course. Hands up who will remember the likes of Lee Carroll, Clark Masters and Tony Smith in a few years’ time? Corrin Brooks-Meade anyone? Andy Little would have been ideal if we could have snared him earlier in his career and Seb Brown threatened to write his name large with his Eastlands heroics, but these days, even in the more rarefied air of the third tier, it all boils down to two choices . . .

You can make a case for either of course. The loanee is arguably a bigger gamble. For every yin of Kelle Roos there is the yang (or in his case the clang) of Ben Wilson. Their parent club can, in many cases, recall them at a moment’s notice should they either need them for their own requirements or to loan-on for more advantageous terms – or to sell if a suitable offer is received. And there’s the rub: if they are not good enough, there is the inevitable clamour for them to be shipped back; too good, and envious eyes are quickly cast towards them.

Permanent signings are also not without risk, on the basis that homework will be done on them for their technical abilities as well as the necessary cojones and personality to fit into often complex and occasionally abrasive dressing room cultures. That said, I’m still perplexed how a 35-year-old Ryan Clarke, with an apparently dodgy shoulder and a career spent almost exclusively in the Conference or League Two, was recruited so quickly for our League One campaign last season. That he lasted nine games before a parting of the waves occurred tells me we got that one horribly, horribly wrong.

This summer the approach seems to have been somewhat different. James Shea can consider himself unlucky to have been dispensed with, as the management indicated they wanted a different type of goalkeeper: taller, more commanding and with the ability to pull off spectacular saves seemed to be the wish-list – a list that stretched to fifteen candidates, we are informed. I wondered if Chelsea’s Jamal Blackman featured on that register for, having been toughened up by a good season in League Two with Wycombe, a natural step-up in levels seemed to be the next, logical, career progression for him. Quite how much the Chairboys contributed towards his alleged £13,000 weekly wage at Stamford Bridge is open to conjecture, but with Neal hinting that, “we wanted a Chelsea player on loan, but you have to give presentations, promise to play or improve them, and then you get told we are ‘too lowly’”, perhaps it was for the best.

So George Long it is then. He ended last season third choice at Sheffield United behind Simon Moore and, later, teenager Aaron Ramsdale – who has since joined Bournemouth for a million pound fee – but his pedigree is pretty impressive for a 23-year-old: one hundred first-team games for the Blades, SPL experience with Motherwell, an England U20 cap, and courted by the likes of Scunthorpe and Portsmouth. The word on the street was that he’s vocal, with a kick on him, and just needs to play. He’s also out of contract at the end of 2017-18, so perhaps this loan could turn into something more permanent.

First impressions against a strong Watford side were very positive. Several good blocks, including some good positional anticipation and a couple of clean catches, seemed to get the crowd onside almost immediately, which ‘Longy’ (groan) visibly responded to. Early doors of course, when he hasn’t played competitively as yet, but I’ve seen enough to think he’ll turn out to be a good ‘un.