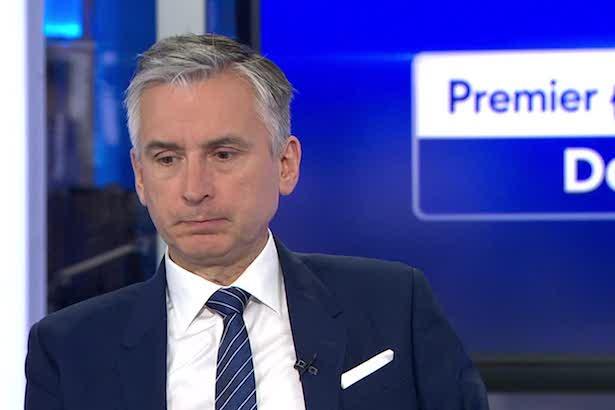 It’s hardly a secret that football has its own language. It more than likely always has done but it wasn’t until ITV thought that employing Ron Atkinson as a co-commentator was a good idea that football’s language started to become one that was barely comprehensible and at times laudibly laughable.

“He’s lollipopped one up to the back stick and the big unit’s risen like a salmon and stuck it in the onion bag.”

I am not sure if Atkinson ever uttered this as a complete sentence, this is more of an amalgam of the worst of his banalities, but what was a collection of ridiculous similes and metaphors in 1996 is now pretty much par for the course in football punditry. Now I’ve done it – par for the course. Not that that’s unusual either – casually dropping in an expression or cliché from another sport entirely into your football commentary. Sky Sports’ Daniel Mann, when he isn’t laughing at his own comments, can’t resist a pun predicated on the rules or sayings from another sport. It’s got to the point now that I don’t watch a Sky game if he’s commentating. Turning the sound down is another option but nobody actually needs to see Burton Albion against Birmingham on a Friday night.

It’s bad enough that commentators and co-commentators and pundits have invented their own lexicon but it’s now starting to seep into the language of everyday folk. While queuing for a coffee at Glanford Park, I couldn’t help but overhear two Dons fans discussing the first half display when one, and I kid you not, said to his friend: “Our box-to-boxers need to rethink their exit strategy as the Scunthorpe midfield are constantly in and around Jimmy Abdou.”

In and around a person. Early doors. The back stick. The transfer window slams shut. Seasons going to the wire. Could the wire get caught in the transfer window, like a lawn-mower cable? A foot race. A foot race? Two people are running after the same thing, on foot, of course it’s a foot race. Football clubs constantly being referred to as “football clubs” when we know they are bloody football clubs. We’ve just watched them play a game of football (although I blame Owen Coyle for starting that). Nobody in “real life” speaks like that.

“How did your meeting with the directors go?”

“Did you thrash it out?”

Like a horrible image you can’t un-see, I can’t un-hear that. I realise punditry is not easy and passing comment about a football match on live TV is a skill (and anyone who has seen me on the 9yrs Live Facebook stream will attest to the idea that I certainly don’t make it look easy) but at least they have an excuse. Under pressure, millions watching, and if you’re Jermaine Jenas you have the added pressure of trying to think of something intelligent and insightful when you are naturally neither of those two things, but there’s really no need for it with common or garden supporters. That’s just not how normal people speak.

Alan Smith, the ex-Leicester and Arsenal Alan Smith, not the ex-Leeds and Man United Alan Smith or the former Palace manager Alan Smith, has developed a very odd way of describing action where all the … well, action is at the beginning of the sentence and all the adjectives are at the end: “He’s had a shot but it’s hit the bar and come down on the line there, the big Belgian.”

There’s a coherent sentence in there somewhere Alan but just not in the order that you said it in.

But what really grinds my gears is a phrase that has crept into football in the past couple of seasons. Davie Provan, again an employee of Sky, started using it and now everyone’s doing it. A player has made a great effort to get into the box and on the end of a cross after a flowing counter attack but he doesn’t quite make it.

“Look at the number 8 there, literally breaking his neck to get on the end of that ball.”

Literally breaking his neck. No – sorry Davie, I’m going to have to stop you there. Write that down, read it out loud and then tell me that that is an appropriate thing to say when there’s probably quite a few people watching who literally have broken their necks. Players say it, managers say it, pundits . . . I think it was during the Scotland v England game earlier in the “summer” when the summariser put a huge emphasis on literally – “he’s LITERALLY broken his neck to get on the end of that move.” LITERALLY?