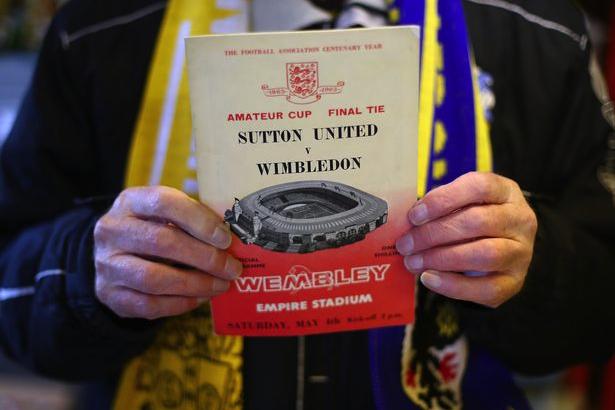 In the first of our daily updates, counting down to Wembley on Bank Holiday Monday, Nick speaks to his dad, Mark, about his recollections of our 1963 FA Amateur Cup victory at the national stadium.

Amidst the talk of Eddie Reynolds and Roy Law, Mark discusses his memories of the old stadium, Plough Lane, and the Isthmian League, as well as offering his thoughts on the ticketing policy for Monday’s game, and his favourites from the current squad, including one whom he witnessed collect silverware at the City of Manchester Stadium – 10 days before our Conference play-off success.

We also talk about the club’s pop-up shop in Centre Court, and release a Wembley EXCLUSIVE regarding an individual who’ll be on the pitch on Monday.