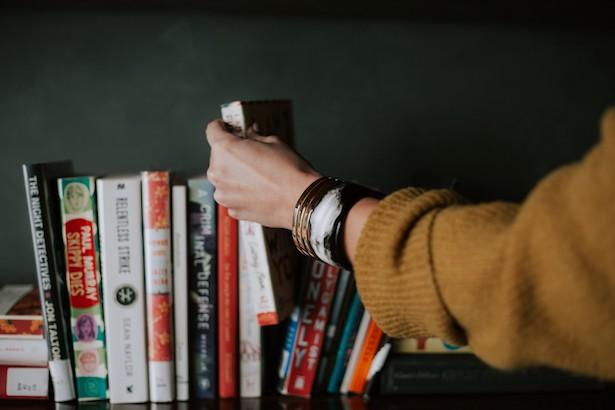 Some games you know very early on you’re not getting anything and, five minutes in, Saturday felt like one of those days.

I travelled not expecting much and a chat in the pub with a Millers fan did nothing for my expectations. He described a well organised team that are working really hard for each other: not a team with any star players, but a hard-working group on a good run and full of confidence.

Neal’s pre-match comments suggested this was a good opportunity to find out how far we’ve come as a team and how we’d measure up against one of the better sides in the division.

And there’s no doubt we’ve made significant progress in recent weeks, but when pitted against a team challenging for promotion, we got a bit of a reality check.

It’s not that we played badly. We were well organised, full of energy, and matched them in many departments – it’s just that we lack that little bit of quality that you need to get something from games like this.

In tough away games in February, you need performances from your big players. We didn’t get one and it may be just me, but is Lyle starting to look like a player in his last few months with the club?

We set up in our now familiar 3-5-2; the only change from Valley Parade seeing Robinson wheeled out in place of Barry Fuller, who was missing because of calf injury.

I had my doubts about Robbo when we got the team news. He didn’t have a bad game but his distribution would have been more at home at Twickenham. Jon Meades hasn’t been in the best of form, but I’d still have preferred him to come in for Barry.

The cynic in me wonders whether Neal feels he has to justify Robbo’s contract with the odd appearance. It’s well known they are close mates and many of us were surprised he got another deal.

Hindsight make us all wise of course (and I haven’t forgotten Robbo played a massive part in our promotion), but he’s not League One quality now and those wages could have been better spent elsewhere.

Anyway, we started okay at the New York stadium, but Rotherham took the lead on 14 minutes. A clever ball to the back post found Michael Smith isolated with Andy Barcham; Smith got the better of him and slotted home for 1-0.

I didn’t fancy us to get back in it.

Lyle has been great for the club and scored some fantastic goals. None of us will forget the one at Wembley, the individual brilliance at Northampton, or that one against Franchise at Kingsmeadow.

But on a cold February day in Rotherham you need a hard-nosed centre forward who will roll his sleeves up and get stuck in. We’ve got a prima-donna with half an eye on what deal might be coming his way in the summer.

Don’t get me wrong: Taylor will score more goals this season and play a crucial role in keeping us up, but I look forward to replacing him with someone whose first priority is the team – not himself. I think a Tom Elliot type would have given the Rotherham defence a better workout and I hope Neal can develop Joe Pigott or work his magic again in the summer transfer window.

But it’s not only Lyle. Andy Barcham looks dangerous against bottom half clubs, and Cody McDonald proved what he can do against a struggling defence only last week. But when they come up against decent teams at this level, we just don’t trouble them. With the exception of Harry’s scuffed effort late on I can’t remember one really dangerous situation for us, or their keeper having to make a save.

I’m not criticising the players or the manager, that’s the quality our budget gets us and that’s how it will be until Plough Lane revenues increase our spending power.

So we never looked like scoring, but we did have decent possession and territory in the second half, and you could argue we had the better of that period. So although the second goal on 92 minutes was disappointing, I don’t think there was any doubt that Rotherham deserved the points.

The Oppo Lots of good qualities I’ve mentioned and two ex-wombles playing well for them. Smudger got a lot of stick at Gigg Lane, but it’s hard to perform at your best on a sinking ship. I thought he looked much better in a Rotherham shirt and will score the goals needed to keep them in the top six. Semi Ajayi looked a bit green in his loan spell with us, and I can’t remember exactly how that ended. Was he one of those that mysteriously disappeared back to his club mid-loan? Well, he’s filled out a bit now and looked very accomplished at the centre of the Millers defence. I’ve seen most clubs in the division and I think Rotherham have an excellent chance of the play-offs: they may even win them.

My MOTM Jimmy Abdou gets my vote this week. Another excellent performance in midfield in which he reminded me of Dannie Bulman at his pestering best, but with that extra bit of quality when he gets on the ball or makes a pass. I’ve seen people question why Jimmy didn’t get a run in the team sooner, but he’s had an injury, a suspension, and international duty. As soon as he’s had a regular start he’s shown why Neal brought him in. He only became available after the Liam Trotter deal was done, and I think there’ll be a contract on the table after his testimonial at Millwall.

Up Next We may not have had the quality to match Rotherham but we’ve proved recently that we can hold our own against the bottom half teams. If we’re up for it on Tuesday night I think we’ll have too much for league’s bottom club. There may be one or two changes – we know Neal is going to have to use the squad to get through February – and I wouldn’t be surprised if he starts this week. Kennedy could come in for Barcham, and we might see Meades given a start – either at the back or in midfield.

Joe Pigott wont have to wait too long for a start so he might play 90 minutes. That gives us the option to rest Cody and bring him on around the hour mark to give Lyle a breather.

Whilst I remain confident that we’ll pull away from trouble, these are three crucial games coming up. Northampton and Plymouth are both improving and neither will be the banker points they appeared to be a month or two back, so we need to make the most of the game with Bury – and I expect to be traveling back down the M1 with three points on Tuesday night.