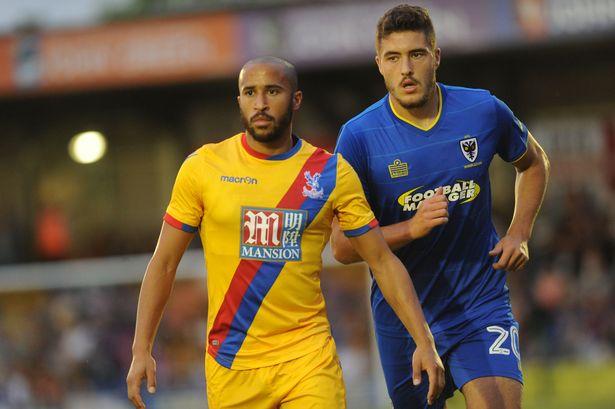 In this excerpt, Ryan Sweeney discusses some of the names he worked with in his years as an Academy player at Wimbledon, his first-team debut, and his run in the first-team, including his experiences of the play-off games at Accrington and Wembley. Adedeji Oshilaja, Danny Hylton, Darius Charles, Lyle Taylor, and Adebayo Akinfenwa also get a name-check.

You can listen to the full interview with Ryan Sweeney on Episode 57 of the show, available on YouTube. 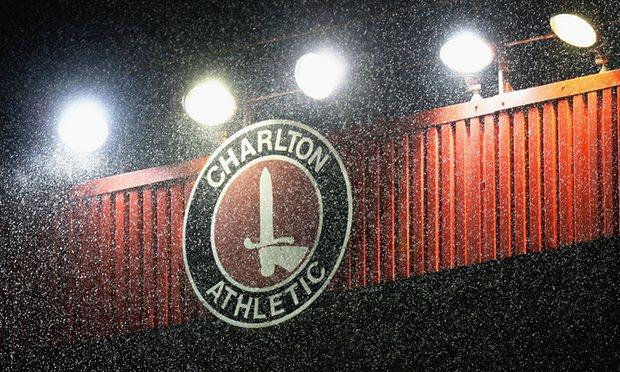 Contrast a senior management team incompetent in making football decisions, with contempt for the club’s history and its fans – fans who are fighting for the soul of their club – with a model of sustainable growth, with promotion achieved thanks to sensible transfer spending and astute management from a former player, earning the respect of all real football fans.

In the spring of 2002, those two clubs were Wimbledon, and Charlton Athletic. Fourteen years later, and as the two South London clubs renew rivalries on the field, the story remains the same, but the roles have been reversed, and League One is not where either set of fans would have imagined crossing swords with each other for the first time this millennium.

Supporters at The Valley have been forthright with where they apportion their blame, and when over a thousand Dons fans descend on the stadium that the fans rebuilt in 1992, they’ll be asked to lend their support to the latest protest declaring supporters’ revulsion at what the Roland Duchatelet regime has done to a proud, community-based club.

Over 500 scarves will be given to Wimbledon fans this Saturday, in order for them to join ‘Black and White Day’ – a day on which many Charlton supporters will attend the game in the colours of the club’s 1947 FA Cup winning side.

Fans dressing in black and white are sending the message that they support the club and its history, but they’re not buying into the current incarnation until there is a change at the top. They are not helping finance the owners of the club by purchasing the club’s official kits, but they also refuse to walk away from what they rightfully proclaim as belonging to them.

The Duchatelet regime, featuring CEO Katrien Meire, has mocked assertions that the football club is owned by the fans; has even gone as far as to label fans believing this to be, quote, ‘weird’.

‘You wouldn’t do that to the local cinema,’ they sneer, arrogantly embellishing their attitude that a football club is a business, not a community asset. Yet it is a business that they seem incapable of managing correctly, for the third tier of English football is – clearly – not where this club should be residing.

That it finds itself in the company of teams that plied their trade in the North West and Combined Counties Leagues as little as twelve years ago – whilst The Valley hosted Premier League fixtures – is the fault of a leadership team that does not grasp what it is that they are leading.

“Duchatelet sold our best players, such as Yann Kermorgant, because his mysterious advisors decreed them ‘not good enough’,” explains a spokesperson for the Coalition Against Roland Duchatelet (CARD). “He replaced them with players who had no suitability for the English Championship.

“When Chris Powell resisted allowing Duchatelet to pick the team, and impose new signings on him, he was sacked and replaced with a series of unqualified ‘first-team coaches’. Relegation to League One was unnecessary.”

It was long before that relegation was confirmed that a number of supporters’ groups united to form CARD, fully disenchanted with the direction the club was headed.

The primary aim of the coalition is to force the current regime out, with two potential bids for ownership on the table from genuine parties that would look to engender fan engagement. However, to underline the current owners’ disdain for the ‘customers’ of their ‘franchise’, one bid, from former CEO Peter Varney, was slandered by the accusation that the offer stipulated a move away from The Valley.

Misinformation and lies from the mouths of people in power, seeking to make their money to the detriment of the lives of thousands of supporters of which football would be nothing without, has rung a far-too-commonly heard bell to many.

But the situation at The Valley rings more closely to home than many for Wimbledon supporters, for Charlton is a club saved by its fans, and returned to their stadium under the stipulation that supporters were represented on the board – a forerunner in the drive to supporter ownership of which AFC Wimbledon is, perhaps only behind Barcelona, the greatest flag-bearer.

Therefore, the kinship between The Valley and Plough Lane is palpable, and support for the real heart and soul of the beautiful game should make for a most powerful statement this Saturday afternoon.